There is an 'accepted' mortality rate in the turkey industry because a proportion of birds raised in factory farm conditions inevitably become ill. As stated previously, sick or lame birds are not profitable for business and will either be culled or die. Many birds die in factory-farmed conditions because they are never taught to reach the food and water by a parent turkey (newly hatched factory farm turkeys are put into sheds with no parent birds to accompany them). Others die from diseases and infection due to the conditions they are raised in and as a result of growing too quickly.(58)

High humidity and sudden temperature increases can create heat stress, leading to hyperventilation, panting and death.(59) Ingham's Enterprises (Australia) quotes a 3-5% mortality rate for female turkeys aged between 70-80 days (which is near the end of a female's 'lifespan').(60) There is a 10-12% mortality rate for male turkeys at approximately 115-120 days (near the end of a male's 'lifespan').(61) Inspections of Australian turkey factory farms by animal advocates have documented dead carcasses left in the shed for weeks (see Figure 12).

Although there is overwhelming evidence of welfare concerns relating to factory-farmed turkeys, the industry continues to show much greater concern for profits than for the welfare of the birds. Many birds end up wallowing and dying in their own waste, but their death is considered to be counter-balanced by the economic gains from factory farming methods.(62) As long as the overall profits from factory farming exceed the losses from the death of individual birds, there is no incentive for the industry to make any changes.(63) 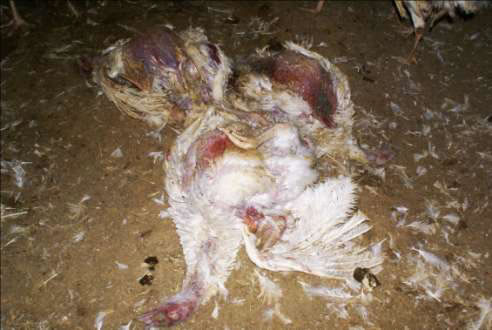 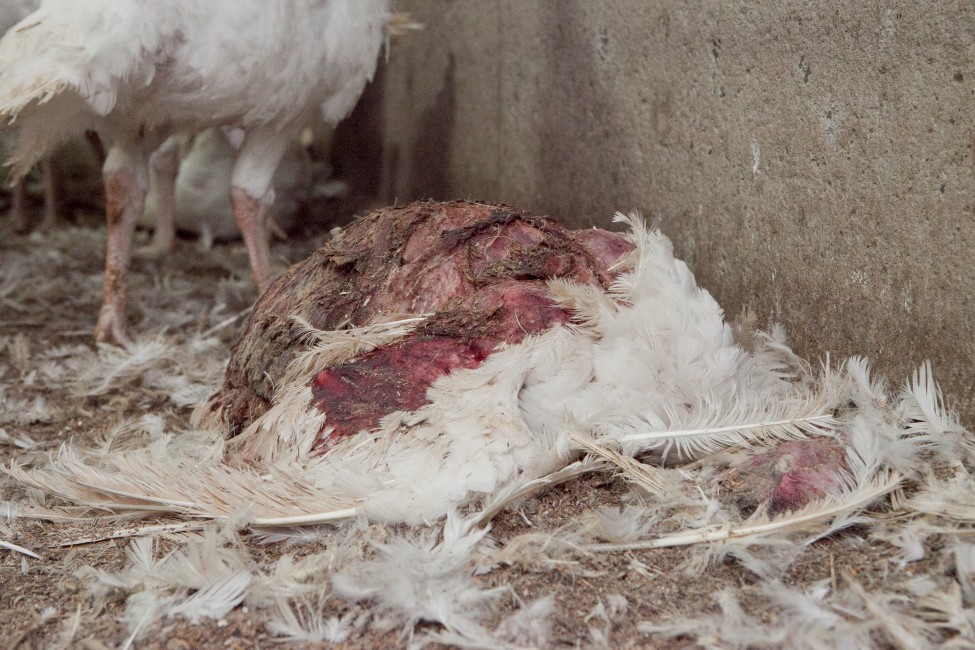 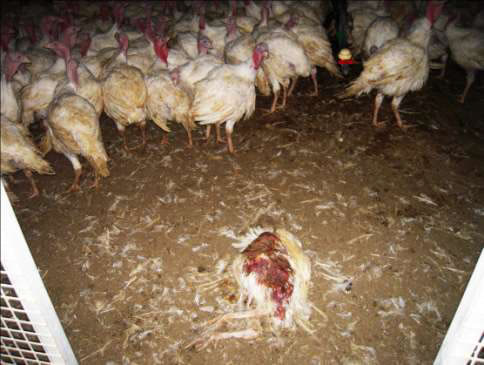